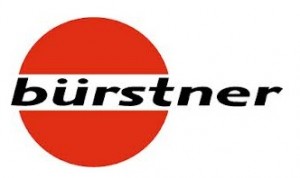 Burstner are a German company who have been producing superb recreational vehicles for over fifty years. Jakob Burstner founded a joinery workshop in Baden as early as 1924 and the first made to order caravan was produced in 1958. The company was then known as Jakob Burstner KG. The demand for caravans grew throughout the 1960s and by 1976 the company, now known as Burstner GmbH, expanded as it bought factories in France, notably at Wissembourg in Alsace. By 1985 Burstner S.A.F.-Wissembourg was Europe’s most successful recreational vehicle manufacturer, producing 17,000 units that year.

The ever-expanding company moved to premises at Kehl harbour in 1995. In 1998 Burstner became part of the Hymer Group, with an annual output of 7,200 caravans and 1,600 motorhomes. By 2002 the Hymer Group was recording yearly sales amounting to 200 million euros, which rose to 300 million euros by 2007. Both Burstner and Hymer Group motorhomes have a well-earned reputation for excellent design, build quality and reliability.