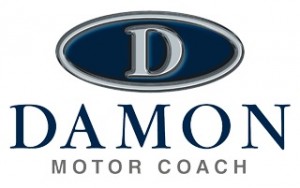 For more than 30 years Damon RV and a similar US company, Four Winds RV have been building many of The World’s most well known and recognized brands of motorhomes and RVs.

Damon RV was a subsiduary of Thor Industries, Inc. which was founded on August 29, 1980. It was on this date that Peter B. Orthwein and Wade F. B. Thompson acquired the iconic Airstream company. Airstream make those long, sleek aluminium caravans or trailers as americans like to call them. The name “Thor” was not so much to do with the greek god of thunder, but came about by combining the first two letters of each entrepreneur’s name – Thompson and Orthwein. Despite its image of everything great and american, Airstream didn’t do very well in the late 1970s, when many industries suffered from the economic downturn. By focusing on reducing costs, but at the same time improving quality, Airstream has managed to keep their head above water and made a good profit in their first year under the new Thor management.