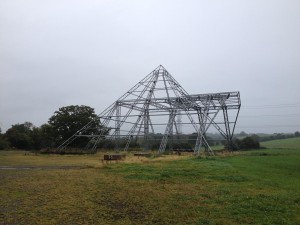 My nephew was at Worthy Farm, Pilton yesterday. Worthy Farm is the actual site of Glastonbury Festival, or to give it’s proper name ‘Glastonbury Festival of Contemporary Performing Arts’. Most likely all the photos you will have seen of the farm will have been while the festival was in full swing, so it’s quite eerie to see it so quiet, so peaceful. My nephew, Ashley took some great photos of the pyramid stage as well as the stone circle. Both of these places have fantastic memories for me from festivals from the past. If you have not been to Glastonbury Festival before you are in for a treat, it really is somewhere quite special. 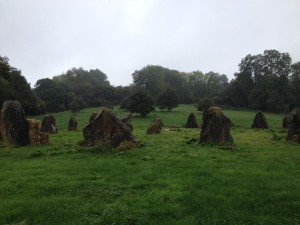 Glastonbury Festival 2013 sold out on Sunday morning in less than 2 hours, that was record time. If you were lucky enough to get tickets for the festival well done. If you weren’t lucky enough to get tickets, there will be another opportunity in April when there will be some more tickets available. Failing that, we are really lucky in Britain to have an amazing array of festivals that happen throughout the whole year. There are the big ones like Creamfields, Download and V Festival, but some of the smaller ones are excellent too.

Many hire companies are a bit funny about their campervans going off to festivals, but we like to work with ones that are good with that. For Glastonbury campervan hire or any other festival, just get in touch and we will find you the best deal.